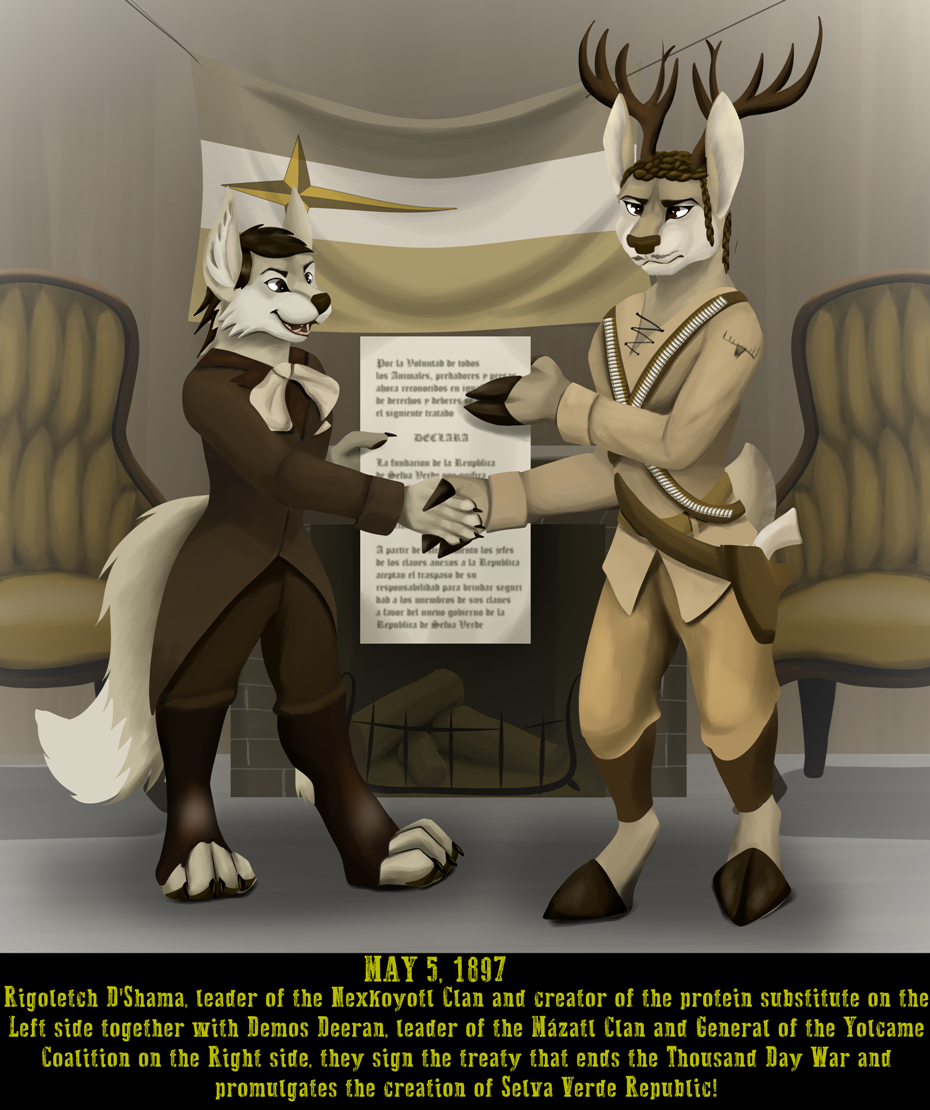 The photo was taken on May 5, 1897, when the leader of the Nexkoyolt clan (Nation of Wolves) signs peace with General Demus Deeran, leader of the Mazatl clan (Prey’s Nation).

The peace is sustained in the recent manufacture of meat substitutes, which prohibits the possession of and slaughter of cattle and in turn creates the Republic of Selva Verde where predators and prey will live as a single nation.

View all posts by admin →